How to Win In Spite of the Odds 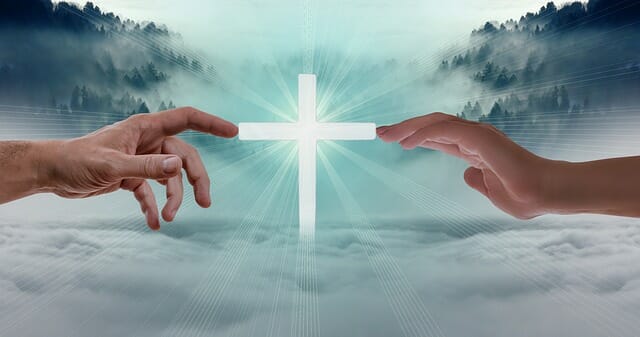 When was the last time you read the Book of Maccabees? It’s perfect bedtime reading for such a time as this.

For example, I was reading Chapter 3 when Judas Maccabeus and his small army went out to meet the Syrian commander, Seron. The Israelis were no match for the Syrian who had a huge and well-equipped army.

“How can we, few as we are, fight against so great and strong a multitude?” they asked Judas.

“It is easy for many to be hemmed in by few, for in the sight of Heaven there is no difference between saving by many or by few,” Judas said. “It is not on the size of the army that victory in battle depends, but the strength that comes from Heaven.”

I immediately thought of our current situation, how many powerful forces are arrayed against us – the government, the media, even the social media platforms like this one. Aren’t we like the Israelis up against an “army” 100 times more powerful than we are?

Then Judas said something that is a great description of the mindset of the people we’re up against today. “They come against us in great pride and lawlessness to destroy us and our wives and our children and to despoil us; but we fight for our lives and our laws.”

He urged his army to fight, saying, “He himself [God] will crush them before us; as for you, do not be afraid of them.”

They listened and confronted the Syrians, whooping their tails and sending them fleeing for their lives.

As the commentary explained, “Judas Maccabeus and his army were victorious despite being outnumbered and poorly equipped due to their nobler cause and the support of God himself.”

In other words, God is on the side of anyone who fights for righteousness, and for the civility His laws bring to our society. We stand for God, for family, for the lives of the vulnerable, for justice and equity for all (not just for the “woke”). They can oppose us all they want, but as long as they are aligned against the Almighty, they’re doomed to fail eventually.

We have ample proof of this, and not just from Scripture. Look at the pro-life movement that has been thriving for decades in spite of being up against nearly impossible odds. Even though they have not yet won the war, which would bring about an end to this grave civil rights injustice, but they have won many strategic battles. Abortion restrictions are more numerous now than ever before. Only God knows how many human lives have been spared because of their tireless work.

They are the perfect example for us to follow during these dark times. Like them, we must never give up and never give in to the secular worldview that is pressing in on us on every side. If we do that, and decide to “go along to get along,” we’d be cutting ourselves off from our only source of power and hope – God Himself.

No way! I’m staying put. Call me an underdog. Call me a hopeless dreamer. But I know a Winner when I see One.